NagaCorp’s Angkor Lake of Wonder (ALOW), a non-gaming integrated resort (IR) that had been set to rise 500m south of Angkor Wat, can no longer be implemented in light of potential effects on the World Heritage Site, the Ministry of Culture and Fine Arts announced in March.

The decision followed discussions at the 27th Plenary Session of the International Coordinating Committee for Angkor (ICC-Angkor) and subsequent special sessions, for which the Ministry has publicized their full support.

ICC-Angkor is a body under the United Nations Educational, Scientific and Cultural Organization (UNESCO) tasked to safeguard and develop historic sites across 30 countries through scientific, restoration, and conservation projects.

The APSARA National Authority, local partner of ICC-Angkor and the Kingdom’s designated agency for the protection and sustainable development of the Angkor Archaeological Park, released a statement through Spokesperson Long Kosal, saying that the government encourages foreign investments but also works closely with UNESCO to better regulate the centuries-old heritage site.

UNESCO had raised alarm over the project as early as January this year, stating a month later, “The proximity of the project to the protected buffer zones of the site, as well as the scale, scope and concept of the planned activities, could indeed have an impact on the outstanding universal value for which Angkor was inscribed on the UNESCO World Heritage List.”

As an IR, ALOW would have comprised deluxe hotels, water-based attractions and rides, and locations for meetings, incentives, conferences and exhibitions (MICE), keeping a steady flow of sightseers and business guests within close vicinity to the temple complex.

Sum Map, secretary of state of the Ministry of Culture and Fine Arts, pointed out that the project would contrast the tranquility of the Angkor Archaeological Park, emphasizing, “Future proposed development activities from Naga or other public or private companies need to be in compliance with World Heritage standards.”

UNESCO Representative to Cambodia Sardar Umar Alam lauded the Kingdom’s cooperation and shared views, commending authorities for their commitment to “ensure that the protection of the outstanding universal value of Angkor remains at the heart of the decision-making processes relating to the property and its surroundings.”

NagaGroup Global Ltd., a subsidiary of Hong Kong-listed NagaCorp, had announced earlier that the company was granted a 50-year lease by the national government in according with local law. However, APSARA Spokesperson Long gave no further clarifications. Apr 13, 2022
At its current progress rate, the New Siem Reap International Airport (NSRIA) may be fully operational by the end o ...
Continue reading 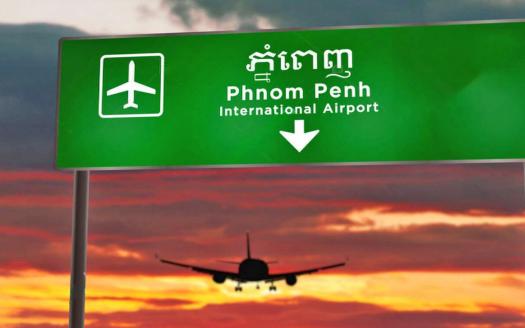