The rise in commercial development in Cambodia’s Emerging Business Areas.

This past decade, we saw the rise in commercial and residential development in Cambodia. The amount of committed investments from local and foreign investors grew significantly since 2012. With this growing investment trend and booming tourism on the rise, we have seen a significant increase in demand for commercial districts and business areas. The government needs to augment the already saturated commercial areas of Chamkarmon, 7 Makara, and Daun Penh. This need paved the way for more emerging business locations all over Phnom Penh and Siem Reap. In the last few years, development had started in these critical areas. Once completed, they would become self-sufficient “new cities” in the years to come. Let’s look at these emerging commercial areas and the developments that are currently underway.

Located 30 minutes from BKK1, this developing commercial district reported a 17% growth rate in terms of land prices since January 2019. It is slowly evolving into a residential and commercial area with desirable infrastructure, wide roads, and large plots of land just waiting for development.

Commercial land prices in Sen Sok range from $800-$2,500, with the highest value seen along the main roads and plots surrounding AEON Mall II. Residential land is slightly lower at a $400-$1,500 range. It is an attractive location for Borey (gated community) projects. Currently, 45 of the 178 boreys completed in the city can is in Sen Sok

The factors behind Sen Sok’s popularity as a commercial location are the vast amount of unoccupied land, the still affordable price of real estate and essential commodities, broad road infrastructures, its proximity to the city center, and the increasing population brought on by the completed gated communities.

With the increase in the number of residents in the area, it follows that local businesses will also see a surge in demand for basic services and supplies. Consequently, commercial spaces will be put in place to cater to this demand.

Toul Kork may be a small district in terms of land size, with only 7.99 kilometers, but it is a fast-developing district with growth similar to Chamkarmon. It is 20 minutes away from BKK1 and bordering the communes of Russey Keo on the North, Daun Penh on the east, Chamkarmon in the south, Meanchey in the Southwest and Sen Sok in the northwest.

The district is the second most popular residential area after BKK1 and had slowly transformed itself into an actual BKK1 in terms of commercial development in the last few years. The charm of Toul Kork lies in the number of big houses, villas, improved infrastructure, and land waiting to be developed within its borders. Mixed-use residential and commercial development like The Commune, a self-sufficient community, is very popular in this district.

Toul Kork is joining the ranks of Tonle Bassac, Daun Penh, and BKK districts in the increase of commercial activities and its popularity as a residential location. Aside from TK Avenue, there is still more development underway in the surrounding areas as well as due to the completion of the 30-meter wide road between Toul Kork and Boeung Kak Lake.

Chbar Ampov is primarily a residential district located south of the city center that boasts of a traditional Cambodian-countryside lifestyle mixed with the conveniences of modern-day living. It is a fast-growing district joining the ranks of Toul Kork and Sen Sok due to the rise of gated communities in the area.

Currently, the district is home to the large gated communities of Borey Peng Hout, Borey Lim Chheang Hak, and Borey Luxury. More commercial development is underway, especially in National Road 1. The most notable is the Park Community Mall, a commercial structure that offers entertainment, retail spaces, sports facilities, and F&B selections. More business development is expected as demands increase due to the construction and occupancy of the boreys.

Hun Sen Boulevard is currently a favorite among developers due to its potential as a commercial location. The road stretches from Dangkor district to Meanchey and connects St. 271 with National Road 2.

The road is 60 meters wide and 10 kilometers long. The land beside the road is fast being snatched by major developers, the most popular of which is the 2,600 sq.m. land that will soon be known as ING City. Other notable developments are Borey Chip Mong, Borey Peng Hout, and Borey Piphup Thmey, as well as Urban Village, R&F City, and Lingnam Garden. These are all mixed-use development that will consist of residential, commercial, and retail spaces.

In terms of commercial developments, most notable are Vattanac Tower, Canadian Building, Exchange Square, and the soon to rise AEON Mall III. Areas surrounding Hun Sen Boulevard is expected to be a city of its own. With the completion of the boreys, the rise in commercial spaces is also planned to allow residents easier access to essential commodities.

With Cambodia’s economy continuously on the rise, more and more locations are emerging as potential business areas. This development is partly a long term solution for the congestion in the major roads and districts of the city, and mainly due to the ever-increasing demand brought about by the increase in foreign investments and foreigners opting to live and work in the Kingdom. 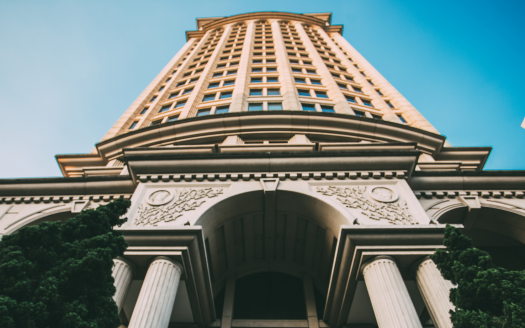 The Ultimate Guide to Investing in Hotels in...

Mar 03, 2022
One of the best markets you can invest in real estate is Cambodia since it has one of the most stable markets. This ...
Continue reading 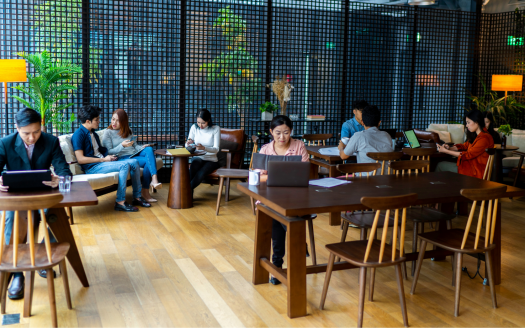 Feb 24, 2022
Working on your tasks and projects require you to be productive and motivated. However, this can be difficult if yo ...
Continue reading Start up and Give back: Establishing a Busin...

Sep 29, 2021
Cambodia has a highly diverse consumer market. With a history of strong tourism and foreign investment, there is a ...
Continue reading